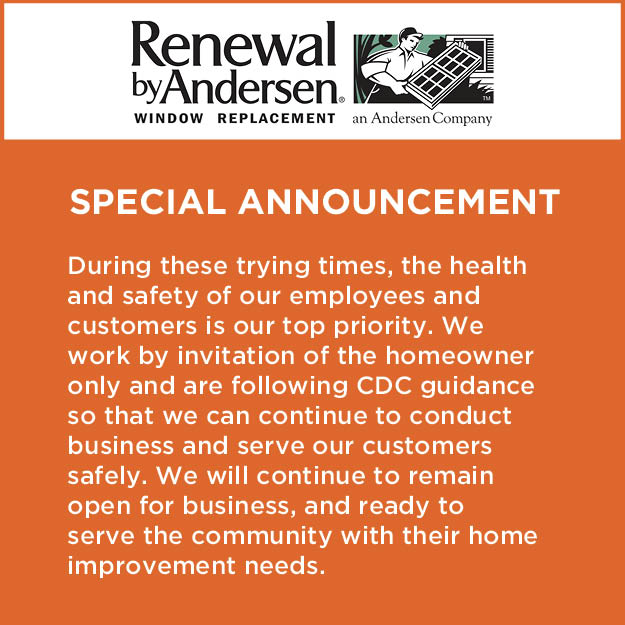 HOTTEST 4th of July Pledge:  Subject to the conditions below, this pledge guarantees that if the temperature reaches 95 degrees Fahrenheit or more at anytime on July 4th, 2015, at the applicable Target Location, the purchase and installation of your windows and any accessories, as set forth on your contract, will be provided to you, the purchaser (“Purchaser”) free of charge (the “Prize”).  Purchaser will still be responsible, if applicable, for taxes, finance fees and charges owed to third parties and/or permitting and inspection fees.  For the purchase and installation of Purchaser’s windows and any accessories, as set forth on Purchaser’s contract, to be eligible to be free, Purchaser must enter into a valid contract with Sponsor and pay in accordance with Sponsor contract terms.  Refunds, if required, will be made from Sponsor to Purchaser by check issued on or before September 30, 2015.  All sales are final. If the temperature does not reach 95°F on July 4, 2015 at Target location, all contracts are still valid and no refunds for windows will be made by Sponsor.  This Promotion is void where prohibited by law, rule or regulation. The Prize for any participant entering this Promotion via a mailed entry, and without a contract with Sponsor will be a One Hundred Dollar ($100) coupon towards a future purchase of goods and/or services from Sponsor.

TEMPERATURE CALCULATION: To evaluate temperature, Sponsor will calculate through an independent third-party weather measuring service, selected at the sole discretion of Sponsor, the temperature throughout the day on July 4th, 2015 at the applicable Target Location which is defined as Albany International Airport, located in Albany NY. Temperature results will be available on or before July 13th, 2015.  The conclusions of the weather measuring service are binding and final.

EFFECTIVE DATE: This Pledge Certificate must be validated and signed by an authorized agent of Sponsor at time of contract execution, which must be between June 1, 2015 and 11:59 p.m. on June 25, 2015.  Any contract later cancelled or rescinded by Sponsor or Purchaser will not be available for this Promotion.  This Pledge does not affect the validity or enforceability of Purchaser’s contract with Sponsor other than as stated herein in regard to the Promotion.

ADDITIONAL TERMS: This Promotion is sponsored by Renewal by Andersen of Eastern NY [‘Sponsor’]. This promotion is conducted in English, which will be given its everyday ordinary meaning, and governed by the laws of the United States. Any Purchaser entitled to claim the Prize under this Promotion will receive notification from Sponsor on or before August 15, 2015.  Only one contract per household between Purchaser and Sponsor qualifies under this Promotion. Sponsor reserves the right in its sole discretion to suspend, modify, or terminate this Promotion without notice at any time. Return of any notification as undeliverable will result in disqualification. Sponsor reserves the right to modify or terminate this Promotion at any time or disqualify any participant in good faith. Promotion entrants must (a) be 21 years of age or older at the time of entry, (b) must own their own home and (c) reside in a geographic area which is part of the company’s normal service area as defined on company’s website.  This area is defined by the following counties: Albany, Schenectady, Rensselaer, Saratoga, Dutchess, and limited zip codes within the following counties: Orange, Fulton, Montgomery, Warren, Washington, Columbia, Greene, Sullivan, Schoharie and Ulster and (iv) reside in a geographic area in which company is permitted to install its product(s) at the winner’s location.  Employees, officers, and directors of Sponsor, its affiliates, subsidiaries, co-branded partners, consultants, contractors, advertising, public relations and marketing agencies, and their immediate families (and those living in their same households) are not eligible to participate in this Promotion.  The Prize for any participant entering this Promotion via a mailed entry, and without a contract with Sponsor, will be a One Hundred Dollar ($100) coupon towards a future purchase of goods and/or services from Sponsor.  Anyone may enter the Promotion by printing their name, complete mailing address, telephone number, and e-mail address on a 3” x 5” card, write in the words “RBA Hottest 4th of July Promotion” at the top, and mailing the card to Sponsor at the address first set forth above. Mailed entries must be postmarked at least three business days prior to June 25, 2015. No more than one entry per household is allowed. Sponsor is not responsible for any illegible, incomplete, misplaced, damaged, or late entries. The address listed on each entry form must be an eligible address as provided for in these Official Rules and must be the address where any product will be installed or where any services are rendered. Entries that are lost, late, illegible, or incomplete for any reason will not be eligible. In the event of a dispute concerning the identity of the person submitting an entry, the entry will be deemed to be submitted by the person in whose name the winning home is titled.

The Prize is not transferable by Purchaser. No substitution in the Prize will be allowed except by Sponsor. All expenses not specifically provided for are the sole responsibility of the Purchaser. Installation must be provided by Sponsor personnel or Sponsor’s designee. By accepting the Prize, the Purchaser agrees to participate in a photograph opportunity with Sponsor to memorialize the awarding of the Prize. By accepting the Prize, the Purchaser agrees and understands that Sponsor may also use the Purchaser’s name and address (city, state only), photograph, likeness and/or statements made by the Purchaser for advertising, publicity, and promotional purposes without limitation and without further compensation, except where prohibited.  The Purchaser must comply with all instructions in the notification correspondence, and if requested, complete an affidavit of eligibility and public relations and liability release, and return such within the timeline specified by Sponsor, as well as have met all of the eligibility requirements set forth within these Official Rules; otherwise, the prize will be forfeited. Liability for any applicable taxes, including all federal, state, and local taxes and/or other fees that may apply to prizes are the sole responsibility of the Purchaser. Any required tax reporting forms will be furnished by Sponsor to the Internal Revenue Service.  By participating in the Promotion, all participants agree to release, discharge and hold harmless Sponsor, its affiliates, co-branded partners, subsidiaries, retailers, agencies and their respective officers, directors, employees and agents, from any damages which may arise out of participation in the Promotion in any way. By entering this Promotion, Purchaser agrees that any and all disputes, claims or controversies (hereafter referred to as a “Claim”) arising under or relating to this Promotion, including the validity or enforceability of this arbitration provision, shall be subject to binding arbitration to be determined by one arbitrator, in accordance with and pursuant to the then prevailing Code of Procedure of the National Arbitration Forum (“NAF”), to be held and arbitrated in the judicial district in which Purchaser lives at the time of making the referral. Purchaser agrees Purchaser will not assert a Claim on behalf of, or as a member of, any group or class. The findings of the arbitrator shall be final and binding on all parties. Each party shall be responsible for its own fees and costs. This agreement to arbitrate, and any award or verdict will be specifically enforceable under the prevailing law of any court having jurisdiction. Notice of the demand for arbitration will be filed by the party asserting the Claim with NAF. The demand for arbitration shall be made within a reasonable time after the Claim in question has arisen, and in no event shall any such demand be made after the date when institution of legal or equitable proceedings based on such Claim would be barred by the applicable statute of limitations. Any arbitration proceeding and any award or verdict shall remain confidential between the parties and shall not be made public. Further information may be obtained and claims may be filed at any office of the National Arbitration Forum, www.arbitration-forum.com, or by mail at P.O. Box 50191, Minneapolis, MN 55405. For a winners’ list, mail a self-addressed, stamped envelope by September 30, 2015 to Renewal by Andersen of Eastern NY, 112 Rotterdam Industrial Park, Schenectady, NY 12306, including a request for the winners’ names. To stop the mailing of future promotional-related materials from Sponsor, please send a written request to Renewal by Andersen of Eastern NY, 112 Rotterdam Industrial Park, Schenectady, NY 12306.  All inquiries or correspondence may be directed via: Renewal by Andersen of Eastern NY, 112 Rotterdam Industrial Park, Schenectady, NY 12306;  Phone: 800-349-9430; email: info@RBAEasternNY.com.

Get a Free In-Home Consultation Today!

Call Renewal by Andersen of Eastern NY for a free, no obligation estimate for new doors or replacement windows! Call us today at (866) 479-1700 or visit one of our convenient showrooms in Schenectady or Middletown. 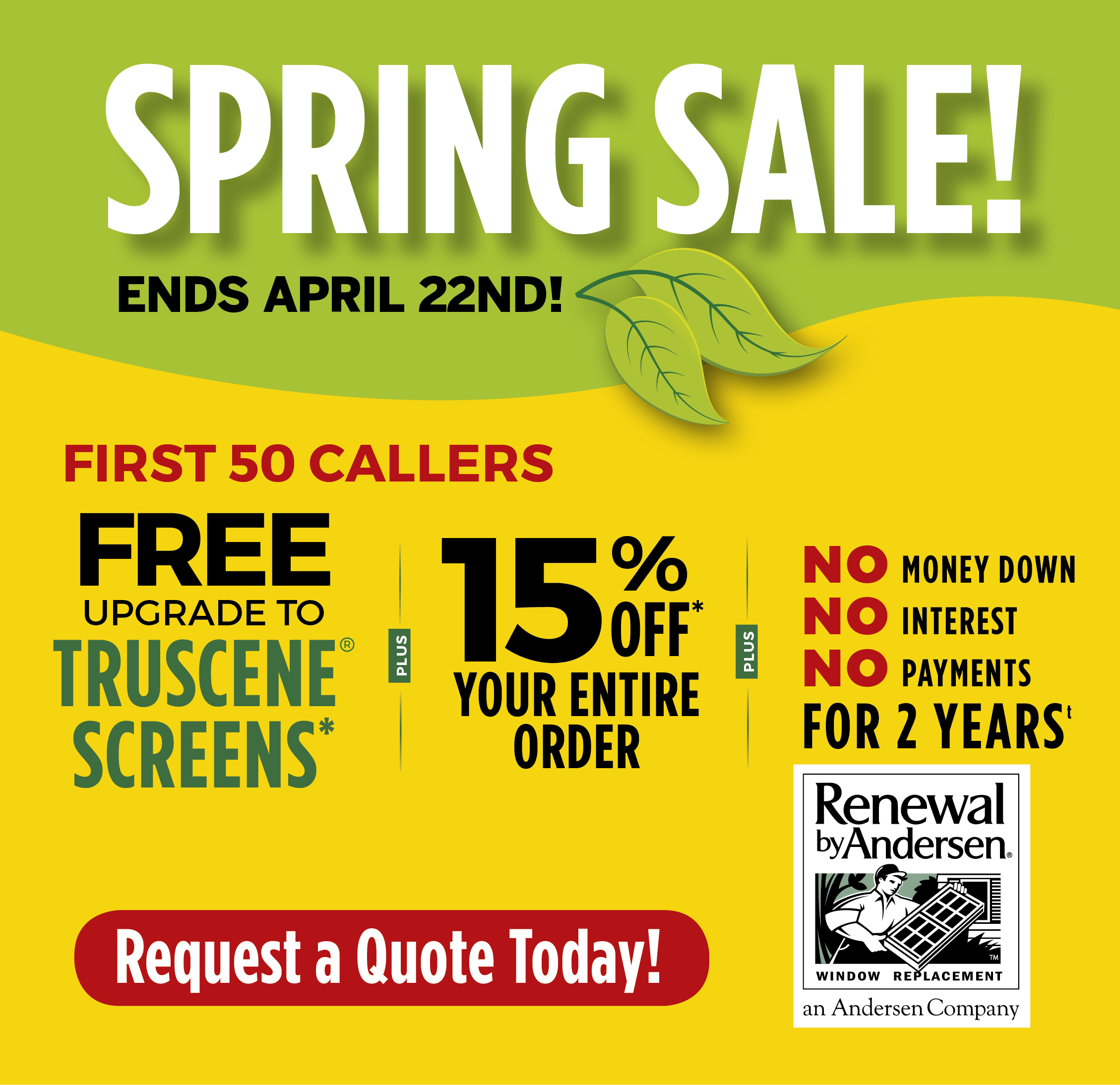