Renewal by Andersen® of Eastern NY has been at the forefront of providing top-notch window installation in the local area. Our replacement window and door products help enhance various home styles, including traditional homes. In today’s blog post, we will help homeowners design their homes that fall under the old-world architectural style. 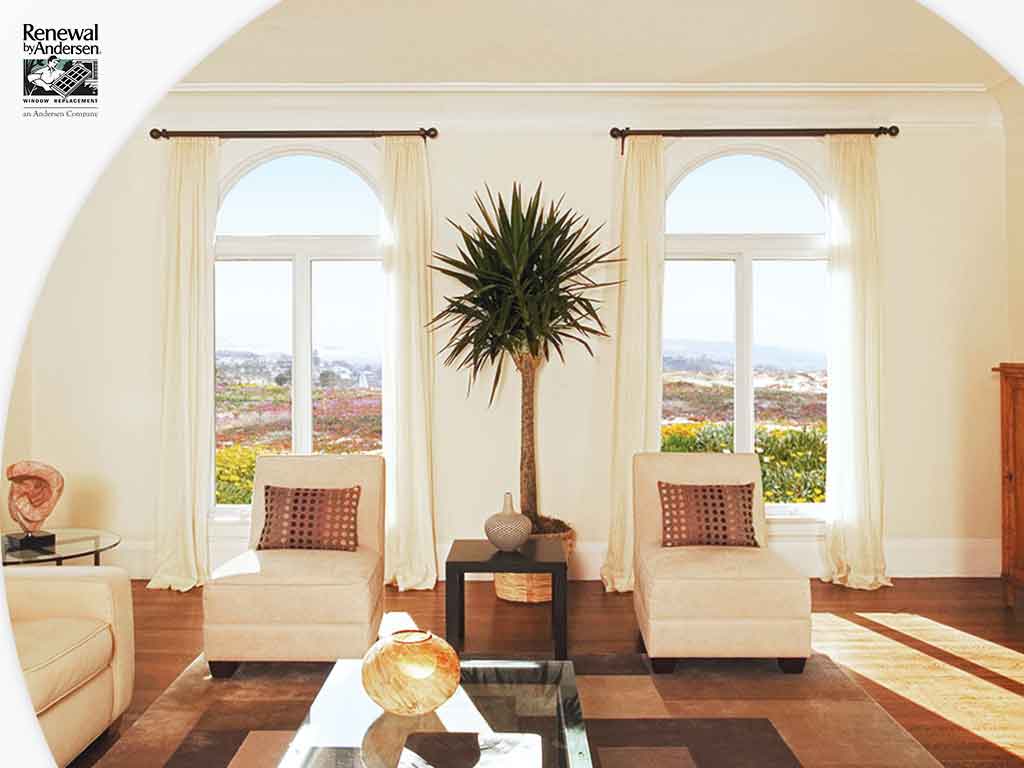 About the Old-World Style

Old-World residential architecture is a blend of styles that draw from the spectrum of design conventions spanning 16th- and 17th-century Europe. Various parts of the continent influenced the old-world style, from the French countryside to the Spanish and Italian Mediterranean coast. It also takes cues from notable historical periods, including medieval and Renaissance. Regardless of the time and place, this style provides a worn, rustic, and inviting atmosphere.

As far as colors are concerned, the old-world style makes use of those that are rich, warm, and deep in tone. These include dark blues and greens and murky browns and ochres, combined with such hues as cream and ivory. Natural options such as stone and stucco are often preferred when accentuating the exterior. Wood and metal are prominent interior materials, as found in custom windows and fixtures with distressed and antiqued finishes.

Other design elements that are apparent in the old-world architectural style involves the use of heavy, intricate textiles and elaborate detailing. Fabrics such as damask and brocade can be combined with leather and velvet for a lush look. Meanwhile, a room can exude old world elegance and grace with ornate woodwork and embellished furniture. Here, subtleness is key to avoid visual distractions and an oppressive feel.

In the next part of this blog post, your bay window installation pros will be focusing on the notable home styles that are considered old-world. We will define the outstanding characteristics and design elements of each, as well as provide you with a few tips when designing such a home.

This old-world style is a group of styles inspired by French architecture. It became popular in the U.S in the early 20th century, particularly after the First World War. All forms, shapes, and details taken from France were brought to home soil by returning soldiers, evolving into an Americanized interpretation of the French countryside.

A French eclectic style home features steep gable roofs of multiple pitches, as well as conical-roofed towers and dormers. Stone or stucco comprises the exterior, combined with a modest timber frame. Custom windows, particularly casement windows with arches on the top part, are the common choices which can add to the beauty of this home style.

This old-world style is a prime example of the evolution of domestic architecture in the United States. It began with the Georgian style, which became popular in New England in the 16th century. At that time, colonial life prospered, with more people increasing their wealth and living in bigger, more comfortable homes. Near the end of the century, the style was refined, paving the way for the classic Federal style that we know of today.

Our window installation pros note that this home style features multiple double-hung windows, which line up the structure’s two-story facade. The same window style is also used for dormers. Casement windows, however, are often favored to meet egress requirements in upper rooms. Gambrel or hipped roofs are used and are medium-pitched.

This style has been on the top of Victorian domestic architecture that became widely popular during the period after the Civil War ended. It combines a cheerful collection of details, including ornate trim, wooden or stone decorative patterns, and textured surfaces. Other details such as towers, turrets, porches, and balconies all come together to create an imposing structure that signifies wealth and excess of those times.

The upper stories of the Queen Anne home style have bay windows. Tall double-hung windows, however, are often used to comply with the Victorian style. They have the upper sash decorated with a decorative grille pattern combined with stained glass.

The Spanish Colonial Revival became a U.S. style movement from 1915 to 1931, following the Panama-California Exposition. A hybrid architectural style, it is influenced by design elements found during the early Spanish colonization of the Americas. Such a home exudes a Mediterranean feel, which is why it is common in states such as Florida and California.

The Tudor home style does not refer to a structure that was influenced by early 16th century Tudor England. Rather, the term “Tudor” is based loosely on various elements from early English building traditions, from humble cottages to impressive manors. A common style found in suburbs and cities across the U.S., it exudes a countryside charm and details resembling that of those found in children’s storybooks.

A Tudor home has a steep-pitched roof, decorative half-timbering for the exterior, and a combination of elements like stucco, wood, brick, and stone. It also features asymmetrical door and window combinations, such as recessed entries and bay windows.

Renewal by Andersen of Eastern NY aims to provide our customers with customizable units that fit perfectly in any home. Expect our products to deliver superior performance with their Fibrex® frame material and Low-E4® glass. With a wide array of exterior colors and interior finishes, it is easy for you to highlight your window’s beauty. We also have the strongest limited warranties so that you can rest assured your new units protect your home and family from the elements.

Request a brochure or pattern book today by clicking here. You may also visit one of our showrooms in Schenectady and Middletown. Moreover, reach us by calling (866) 479-1700 to get more specific advice regarding your home’s style and to find out about our wide selection of custom windows.

Hear From Our Customers

Excellent Installation. Very friendly and professional customer service. Very thorough from the second they started to the cleanup. Explained everything perfectly. Could have not asked for better service.

We had a Great experience with Andersen Windows. From sales through installation. Everyone was super helpful and they did a great job!

“ENERGY STAR” is a registered trademark of the U.S. Environmental Protection Agency.

The U.S. Green Building Council (USGBC) is committed to transforming the way buildings are designed, constructed, and operated through LEED — the top third-party verification system for sustainable structures around the world. Members of the Council are committed to making impact within their spheres of influence and advancing the movement for a more sustainable built environment.

Formed in response to the energy crisis in the 1970s, the National Fenestration Rating Council (NFRC) NFRC develops and administers energy-related rating and certification programs that serve the public by providing fair, accurate, and credible information on the energy performance of fenestration products, including windows, doors, skylights, and similar products.

Green Seal offers third-party certification based on leadership sustainability standards that help protect the natural world and human health. Green Seal has been actively identifying and promoting sustainability to industries, purchasers and consumers, and helping organizations be greener in a real and effective way since 1989.

ALLIANCE TO SAVE ENERGY

The Alliance to Save Energy and its member Associates promote energy efficiency to achieve a healthier economy, a cleaner environment, and greater energy security.

Renewal by Andersen is proud to receive the U.S. Environmental Protection Agency's
2021 Energy Star®
Partner
of the year
Sustained Excellence Award
Contact Us 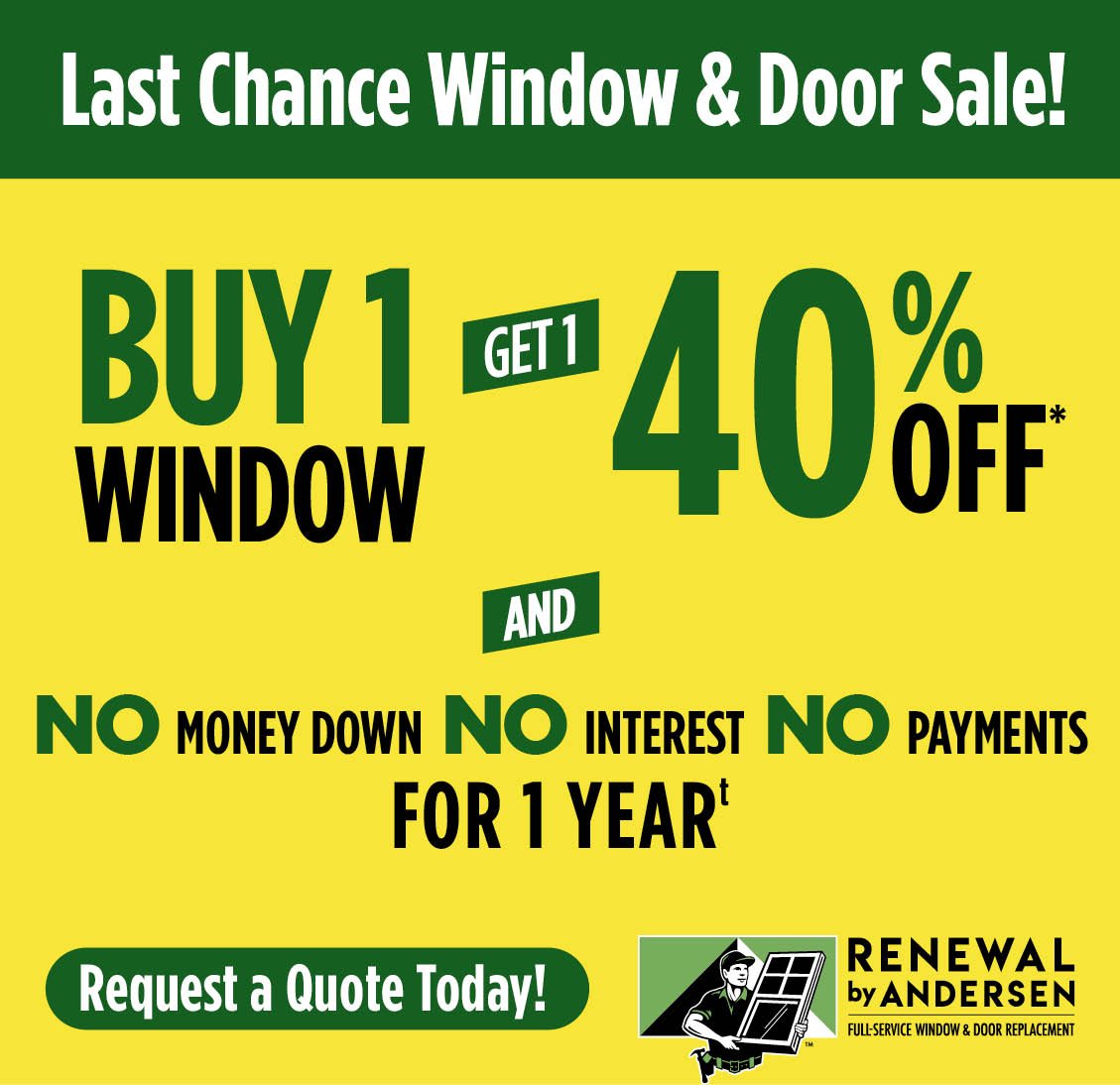